November 20, 2019
After a long break in blogging, I am back to share my experience with VMware NSX Datacenter. Today, we talk about Context-Aware Micro-Segmentation by implementing the NSX Identify-based Firewall (IDFW) feature. IDFW allows an administrator to create Active Directory user-based Distributed Firewall (DFW) rules. It can be used for Virtual Desktops (VDI) or Remote desktop session (RDSH support).

This post describes how to configure NSX Datacenter with IDFW in order to allow user access to a specific application via Remote Desktop Session Host (RDSH) systems.

First, let's take a look at the lab topology.

The following diagram shows interaction between each component.

The following diagram shows on to enable the IDFW feature on a specific cluster. Be sure to enable IDFW on the compute cluster where applications and RDSH are located.

In order to allow a user to access to a specific application based on his active directory profile, NSX manager must communicate with the AD domain controller.

3. Check the AD connection and Synchronization

To validation the communication between NSX manager and the AD domain controller, you can check:

When you have done with the AD synchronization, you can now create Security Groups based on AD group information. In the following picture, you can see that "DEVOPS" group is available.

In my case, I created:

Finally, it's time to create firewall rules based on Security Groups created in the previous step. 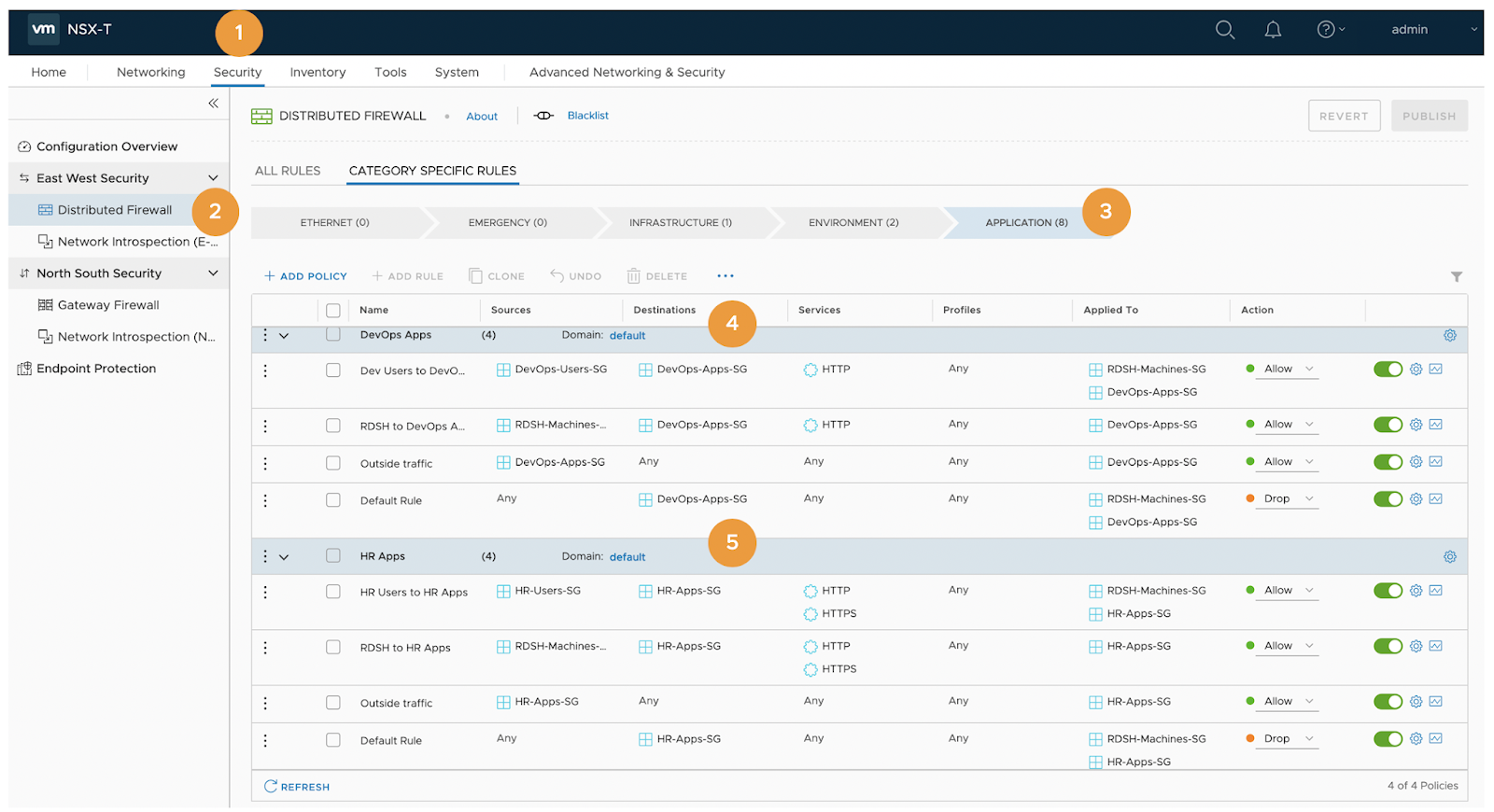 For both applications, here is the logic behind those firewall rules: 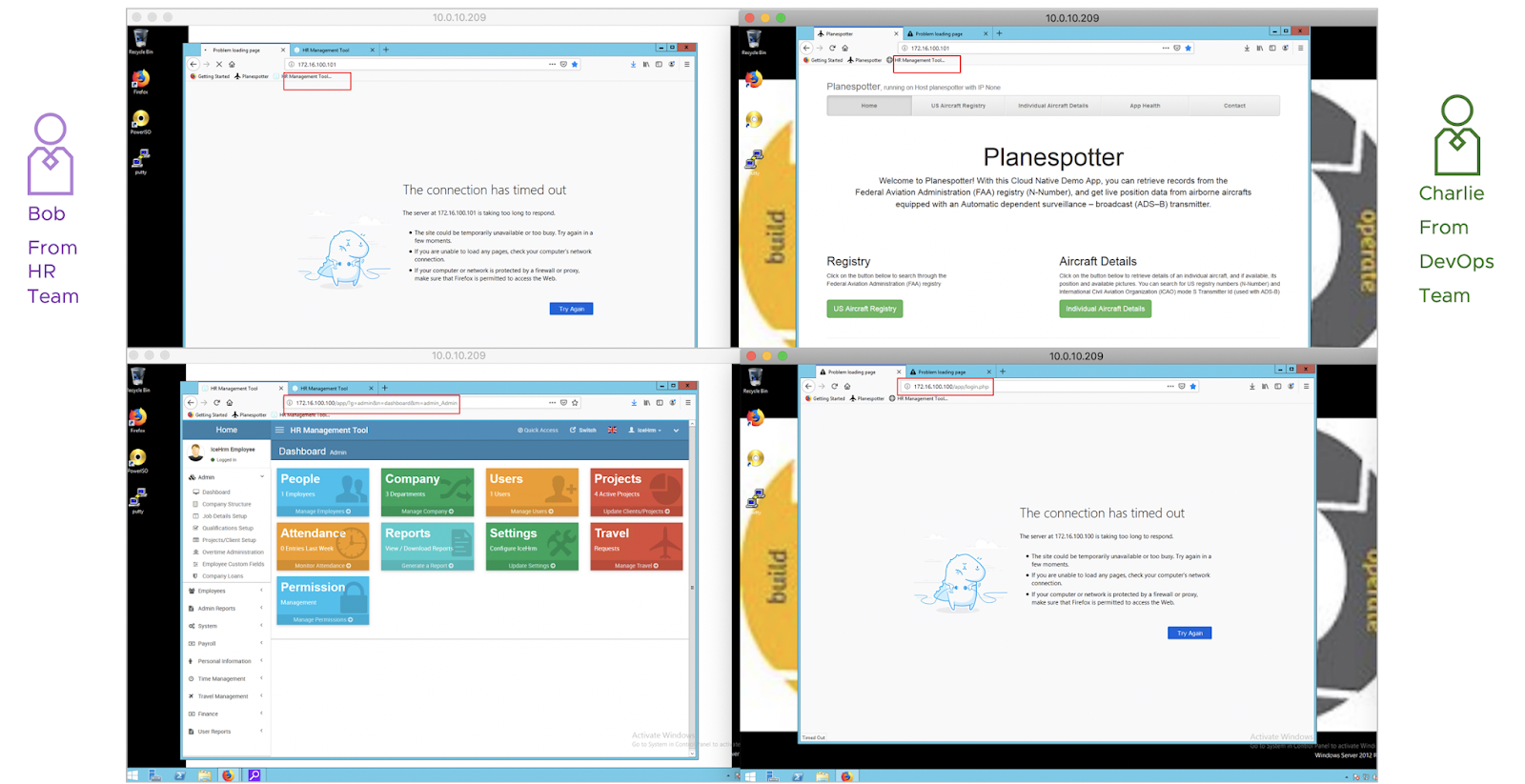 To go deeper, here are some commands for troubleshooting purpose.


On the Control Plane:

On the Data Plane:

Below, you can see the correlation between the AD domain controller and the ESX hypervisor. They use the same Security IDentifier (SID) to identify the AD User Group. 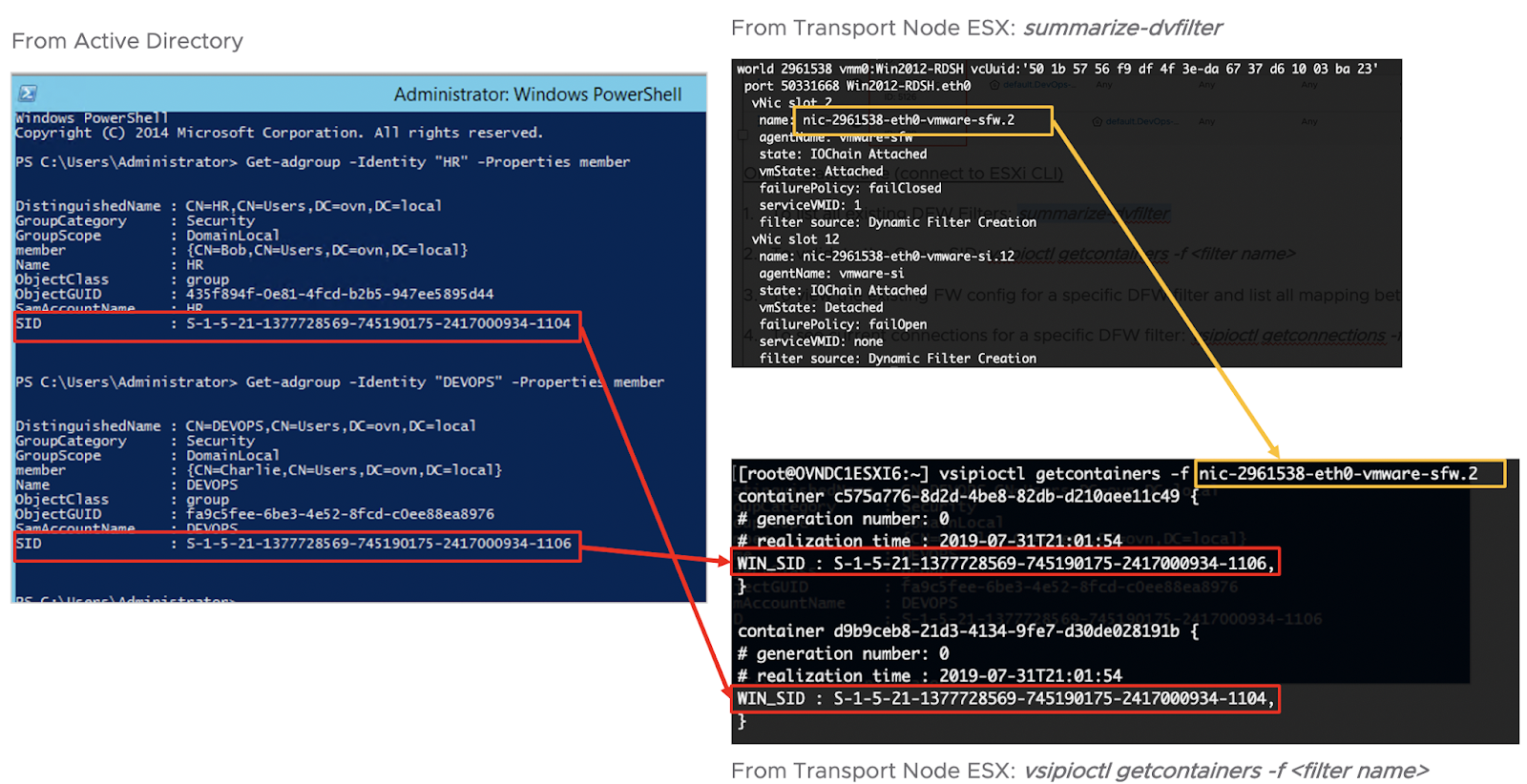 Moreover, if you want to see realtime logs and validate which firewall rule is hitted, you can use the command: tail -f /var/log/dfwpktlogs.log on the ESX server.


I would like to thank Geoff Wilmington, our NSX/EUC guru for helping me on the troubleshooting section and Erik Hinderer for his great post on the same topic with more details on NSX deployment. See below for references.

If you have any questions or comments, feel free to contact me.